You are here: Home1 / Contributions EN2 / Interview EN3 / Digital and democratic – Why the modern world of work must be bo...
Interview EN,Transdisciplinary EN

The digital and sustainable transformation will fundamentally change work. To prevent social inequality from growing in the process, Prof. Dr Lisa Herzog from the University of Groningen, political philosopher and keynote speaker at the Transform Conference of BFH Wirtschaft, argues for democratising the world of work. A conversation about the future of work.

Already in 2019, your highly acclaimed book ‘Saving Work: A Political Call’ was published. What exactly do you think work needs to be saved from? 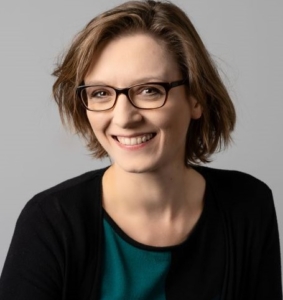 Prof. Dr. Lisa Herzog of the University of Groningen (NL).

From being seen as a mere cost factor and being determined only by the dynamics of markets and technological developments – keyword digitalisation. Work is a deeply human matter that plays an important role in social cohesion, and we must take it seriously in all these dimensions.

In the optimistic scenario, the working world of the future is more equitable (also with regard to gender issues), more ecologically sustainable, and it offers multiple opportunities for individuals to help shape and contribute. The productivity gains of digitalisation, both in terms of money and time, are fairly distributed and the world of work is permeated by the awareness that all contributions are important and not some work per se is more valuable than others. In the pessimistic scenario, the social gap widens, so that some people have to do bad, dangerous work for a pittance (for example, as “clickworkers” on online platforms), while others may not have to work at all (for example, because they hold patents on robots). The latter cannot be a good basis for a democratic, free society.

What are your main demands for politics to succeed in saving work, and what role does the democratisation of work play in this context?

At the moment, one of the main demands is to bring over into the digital age what the labour movement has fought for in terms of rights over decades – e.g. maximum working hours, labour protection, co-determination rights, as far as they already exist in certain countries. But this is not enough for the upcoming changes brought about by digitalisation and the ecological transition. Those who do the actual work must be able to get more involved and decide how the work is shaped. That is why I advocate strengthening the democratisation of the world of work, in different forms: for example, by supporting cooperatives, which are democratic per se, or by expanding co-determination in companies.

The Institute New Work at BFH Wirtschaft conducts research in the area of new forms of work and organisation such as the Purpose Driven Organisation and advises organisations on their transformation processes. What do you tell HR and organisational managers about how they can contribute concretely to saving work?

Let those who do the actual work have a say when it comes to reforms and changes – and not just in a town hall meeting whose minutes then disappear in some drawer, but by opening up real scope for design. However, the introduction of participatory methods takes time and initially costs effort until everything has settled down and the individuals have found their role. You cannot expect to go from a traditionally hierarchical to a bottom-up, participatory organisation in four weeks. My impression is that especially young people and people who may not have a very typical CV can contribute a lot to shaping new processes – if you listen to them, which is often a challenge in terms of the hierarchies presented to everyone involved.

To what extent has the Corona pandemic changed your personal view of the contexts described?

I am certainly not alone in this: on the one hand, I was excited about how much cooperation was also possible digitally, and on the other hand, I realised once again on a very existential level how important personal contact is. On the one hand, this has to do with the level of information exchange, but also with work motivation and creativity. We are social animals, no computer screen can completely replace that. In the future, it has to be about shaping the coexistence of online and offline in a fair and meaningful way – and for that, too, those who do the actual work have to be given more say.

One more personal question at the end: Why did you become a political philosopher?

I ended up in this subject because I was very interested in questions at the interface of philosophy and economics: what is a just economic system? Which values are realised in markets, which ones endanger them? etc. Originally, I studied economics and philosophy in parallel, but I quickly realised that I would have more freedom and opportunities for interdisciplinary research in philosophy.

Lisa Herzog, born in 1983, has been a professor of philosophy at the Center for Philosophy, Politics and Economics at the University of Groningen since 2019. Previously, she studied and worked in Munich, Oxford, Frankfurt and Stanford, among other places. She researches economic justice, ethics in organisations and economic democracy. In 2013, she published her German book “Freiheit gehört nicht nur den Reichen. A Plea for a Contemporary Liberalism”. In 2019, she was awarded the Tractatus Essay Prize and the German Prize for Philosophy and Social Ethics for her book Die Rettung der Arbeit.

Lisa Herzog is a keynote speaker at TRANSFORM 2021 with. TRANSFORM 2021, entitled “Digital Goes Human – Brave New Work?”, is being organised by the Institute New Work of BFH Wirtschaft in cooperation with the Institute Public Sector Transformation on 3 November 2021. It is dedicated to the question of where the human being remains in a digitalised world of work, whether technology determines our lives and whether the human-centred design of the world of work is the solution. You can register here.

Verena Stahl works as an economist and sociologist at the Institute New Work at BFH Wirtschaft and organises Transform 2021. From a meta-level perspective, she argues for a more value-based orientation of institutions in the digital world of work.