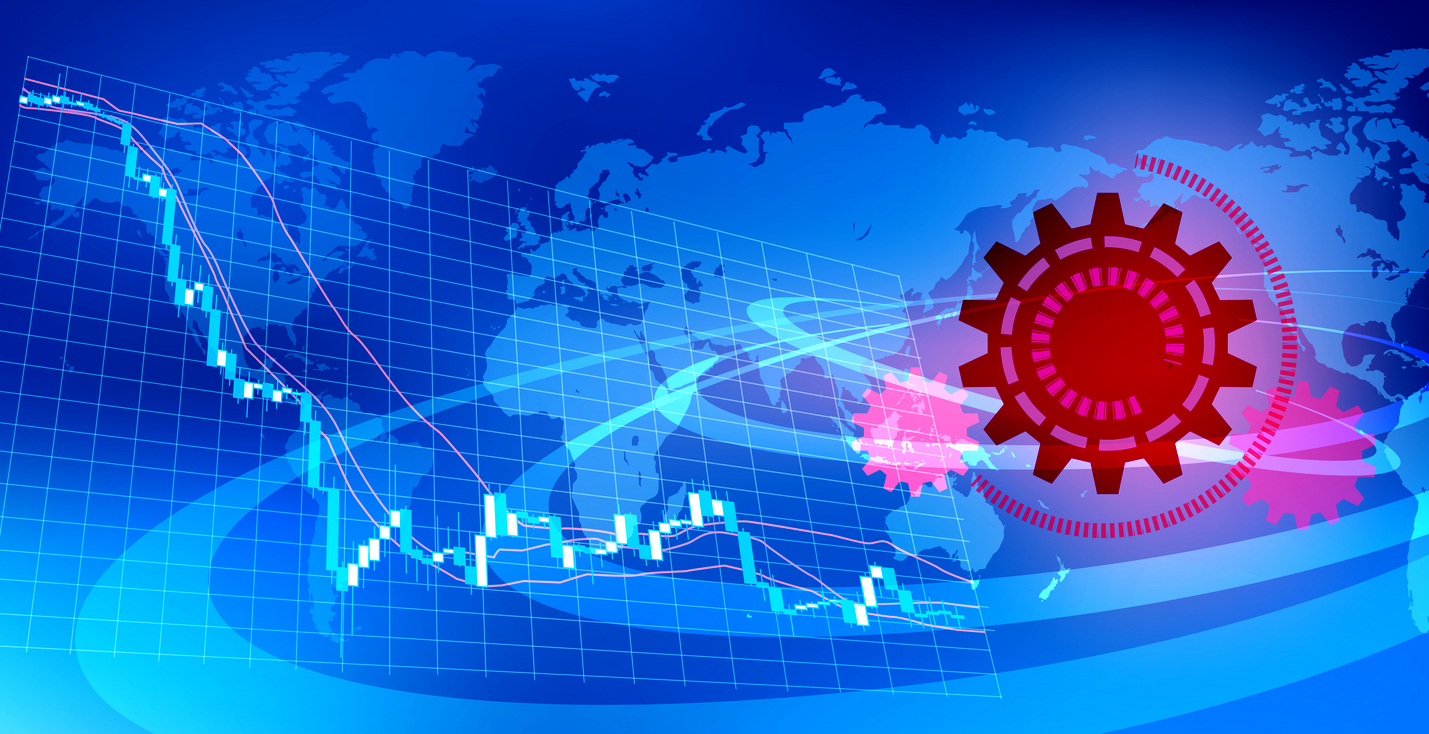 The health crisis will push those technologies that promote the fragmentation of value chains. This will change the economy for good What are the long-term economic impacts of the health crisis? Most agree that it has pushed digital transformation. This trend will continue, but with what consequences? A complex picture is currently emerging, centred on new digital resources for businesses: Machine Intelligence, Crowd Intelligence and Remote Intelligence. The economic consequences of this are still unknown in many respects, but concrete mechanisms of impact can already be guessed at. It is expected that value chains will become even more fragmented, benefiting specialist teams and competent teams with low labour costs. This will take some time. But there will also be paradoxical side effects, at least in the short term: If expensive machines are switched to automated operation at night for better utilisation, this may create new low-cost jobs in rich countries supervising the machines, for example, until these jobs are eventually converted into remote jobs in low-wage countries. The sum of all these micro- and meso-level effects remains unclear for now.

Doing nothing as the wrong option

Especially as far as the impact on rich countries is concerned, much will depend on how the individual sectors in these countries react. Almost everything is still open, but in a few years the course will be set. Max Frisch’s play “Biedermann und die Brandstifter” is more topical than ever, even if it is opportunities rather than risks that threaten the status quo. It is to be feared that this perverse danger will not be understood because we tend to perceive doing nothing as a particularly safe option. A look back helps to expose such misconceptions. The income gains of the last thirty years were very unevenly distributed: the lower and middle classes of rich countries gained the least. But in the late 1980s, almost no one saw this coming. It was expected that the – with interruptions – 170-year globalisation success story of the rich countries would continue, but it turned out quite differently. A major cause of the very different increases in prosperity over the last three decades was the transfer of industrial production and know-how to poorer countries. This was accompanied by an increase in value added in post-production services, but the middle and lower classes of the rich countries benefited little from this either. The result was a sharp increase in inequality in the rich countries.

Losers and winners of globalisation

Initial surveys now show that the current health crisis in Central Europe is hitting women and low-income earners particularly hard (see, for example, a study by the Hans Böckler Foundation), which in part reinforces the developments of the last decades. Although these short-term developments (which will still largely depend on the extent of the second wave) provide little information on possible long-term consequences of the health crisis, the latter can be anticipated in some aspects on the basis of economic models of globalisation. The results are only justifiable hypotheses, but in a world of increasing complexity and unmanageability they are nevertheless essential. For the lack of a forecast in the current situation is a much more substantial problem than the blindness to the future at the end of the 1980s. To interpret the current situation, Richard Baldwin’s model of the three cascading barriers to economic globalisation is very useful (see“The Great Convergence“). These barriers are trade costs, communication costs and face-to-face communication costs. From 1820 to 1990, the first barrier was removed: high trade costs. Result: the once leading economies in Asia became impoverished and the G7, Switzerland and countries like Sweden, Austria, Finland or Denmark became rich. From 1990 until today, the second barrier was removed: the high costs of communication. The result: a few previously poor countries experienced fantastic economic growth, including China in particular, while the G7 and small rich countries de-industrialised and their share in the global economy shrank. However, the third barrier remained for the time being: the high cost of face-to-face communication.

Presence technology still ahead of brilliance

The lockdown has now shown us that, on the one hand, successful online collaboration is much more widely available than it was until the crisis, and that, on the other hand, commercial face-to-face and collaboration technologies will improve in a short time if there is a reason to do so. In the near future, there will probably be products that enable even better face-to-face communication. Most importantly, our experience in using the technologies has changed a lot: We now know much more than we did just a few months ago about how well or poorly presence technologies work situationally. Baldwin’s third barrier is thus about to fall. When everyone is sitting in the home office, distance becomes less important and a further fragmentation of the value chain becomes realistic. Although the effect of the home office experience is primarily psychological for the time being, since truly convincing presence technologies are still lacking in product maturity, and it is also accompanied by presumably higher travel costs in the future, it is nevertheless probable that in the long term more and more small-scale activities will be outsourced or carried out by remote intelligence.

But that is not the whole picture. What has also happened in recent years, unnoticed by the general public, is that the reliability of international logistics has declined and the costs passed on to the public by these logistics have increased (see e.g. Marc Levinson’s“Outside the Box“). The culprit was the madness of having to use bigger and bigger ships to increase cost efficiency. This consolidated the market and at the same time led to a lack of capacity utilisation, longer loading times and the need to deepen shipping channels, raise bridges over them and expand ports. The result: longer transport times, reduced reliability of transport and costs for third parties, for example for users of bridges for which tolls are newly charged due to their expensive reconstruction. This slump in international trade in the current health crisis has once again hit the logistics industry hard and increased the unreliability of its transport services. This is a stark reminder of how wrong linear thinking can be. It is not always the case that everything will necessarily get better and cheaper, even if that has often been the case for decades.

On the rise of remote intelligence

Putting the above considerations together, the changes that can be expected tend to be higher trade costs, even lower communication costs and a reduction in the inhibiting effect of face-to-face communication costs. The next globalisation – which in the event would be the fifth in human history – will therefore be shaped by the rise of “remote intelligence”, and this development – like the rise of artificial intelligence – will be furthered by the dislocations in the logistics industry. We are likely to see remote intelligence particularly in the area of highly specialised jobs and in the area of simple jobs, as shown, for example, by the usage scenarios for telerobotics. However, the use of the three new resources – Artificial Intelligence, Crowd Intelligence and Remote Intelligence – is anything but simple and also raises questions of trustworthiness. Therefore, remote intelligence will probably be less mediated via gig economy platforms or freelancer platforms than via service platforms and within company networks. For specialists with generalist basic skills, these are excellent prospects for the future. It is quite possible that Peter Drucker’s former vision of the future will become reality: He once said that in the future, belonging to a discipline will be more important than belonging to a company. Things turned out differently, but perhaps he was just thinking further ahead than 2020. In any case, companies should start thinking today about how they can offer remote intelligence services and also use them themselves. The fact that offline meetings are particularly appreciated in times of near-lockdown, as we experience time and again, is not a counter-argument. The point is not that everything will be different, but that selective changes can have a great effect and redistribute wealth in the world.

Thanks are due to all those with whom the author was able to discuss considerations of the text and who contributed their own perspectives to the discussion. These include Ana Fernandes, Martin Kammermann, Reto Jud and Anne-Careen Stoltze. Important references are linked in the text.